In Response To: Haag (Alan Gottschalk)

Hi Al,
There are records of Peter & Marianna in the Guttenberg vicinity with surname spelling Haag and Hoag .......

Peter Haag appears on the 1852 census records in Jefferson twp. and on 1864 Internal Revenue Assessments for Jefferson twp. (these transcribed records are on the Clayton co. website - link at bottom)

Peter & Marian Haag and Rosina are on the 1856 census, Jefferson twp.

Marian Haag (widow) is on the 1880 census in Jefferson twp.

From Clayton co. Journal 7/18/1861 - Peter Haag was an election judge for the "Union Election"

Possibly Marianne Haag - from Elkader Weekly Register 5/26/1887 - "The Guttenberg Gazette says: On Ascension day, the team belonging to Mrs. Haag, a widow living some miles west from here, suddenly took fright and went off on full run, breaking an axle of one wheel and throwing the woman to the ground. She had several ribs broken and was also severely injured about the head."

I could not find an obit or burial place for either Peter or Marianne, but they are most likely buried in Clayton county due to their long residence. The Elkader papers are digitalized and searchable, but not so for the Guttenberg papers where obits or death notices may have been published. The couple could have been buried on their farm or in one of the nearby cemeteries with no marker or have a marker that is no longer legible.

Hopefully these records will give you a bit more info. than you previously had. 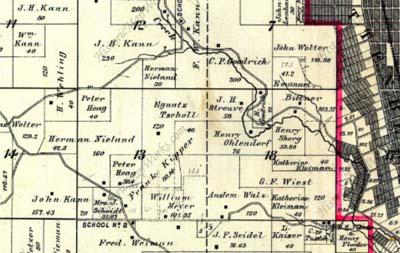