Memorial services for Michael "Mike" Alan Reimer, age 56, of Waterloo, Iowa, formerly of Garnavillo, Iowa, were held at 5:00 p.m. on July 31, at the Peace United Church of Christ in Elkader, Iowa. Leonard Funeral Home of Elkader, Iowa was in charge of the arrangements.

Michael Alan Reimer, son of Haldon and Marie (Eberhardt) Reimer, was born June 27, 1954. He was raised on the family farm in rural Garnavillo, Iowa and graduated from Garnavillo High School in 1972. Throughout his life Mike enjoyed farming, boating on the Mississippi River, and spending time with his family.

Michael Alan Reimer passed away on July 26, 2010 at the University of Iowa hospital in Iowa City, Iowa. He was preceded in death by his parents, his brother Loren Reimer, and brother-in-law, Bill Wiethorn. 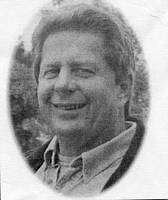