Eldon was drafted into the United States Army on July 10, 1951. He received his training at Fort Leonard Wood, MO. Following his basic training, Eldon was sent to leadership school and was then shipped overseas to Korea. Eldon made the rank of C.P.L. and Section Leader for the 19th Engr. Combat Group, 92nd Searchlight Company. He was honorably discharged 1953.

Eldon was united in marriage to Marita Jaeger in Elkader, Iowa, on June 29, 1954. Seven children were born to this union. Eldon farmed for many years and also worked for Double L, Britz-Hedbrink and Tech Space. Eldon was baptized and confirmed into the Roman Catholic faith in 1975. He was a member of the American Legion, St. Patrick Service Society and St. Patrick Catholic Church.

Burial will be in St. Patrick Catholic Cemetery, Monona, Iowa, with military honors. 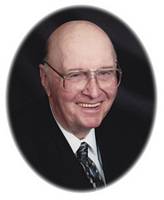