Madeline was united in marriage to Richard Hagensick on August 5, 1951, at the Lutheran Church in Boscobel, WI. Five children were born to this union. She worked as a Surgical Nurse for eighteen years and as a Chiropractic Assistant at Hagensick Chiropractic Clinic in Waukon, Iowa, for twenty-eight years. Madeline and Richard also farmed together for many years along with raising their five children.

Madeline was an avid card player, especially playing Bridge and 500. She enjoyed gardening, tending to her flowers and loved spending time with her grandchildren. Madeline was a member of several card clubs over the years and the newly formed Faith Lutheran Church in Monona, Iowa. She will be greatly missed by her many family and friends.

Visitation will be held on Tuesday, August 9, 2011, from 4-8 p.m. at the Leonard-Grau Funeral Home and Cremation Service of Monona, Iowa, and one hour before services at the church on Wednesday.

Inurnment will be held at a later date. 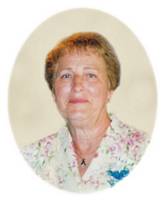