A Funeral Service will be held 10:00 a.m. Saturday, June 5, 2021 at St. Peter Lutheran Church, (masks optional) 502 Second Street South, Rockwell, Iowa, with Rev. Jane Harris officiating. Inurnment will be held after the service at the Rockwell Cemetery. Military honors will be conducted by the Gallagher American Legion Post #208.

Dick was born September 6, 1934 in Carpenter, Iowa, son of Floyd and Hilda (Cody) Thomas. He attended and graduated from the Rockwell High School, class 1952. After high school, he furthered his education and attended Iowa State University and graduated in 1956 with his degree in Farm Operations. He enlisted into the United States Army in 1956, stationed in California, and was honorably discharged in 1962.

Dick was united in marriage to Jurlaine Jo Frerichs on May 27, 1961 in Buffalo Center, and recently celebrated their 60th anniversary, and to this union six children were born. Dick farmed in the Rockwell area his whole life and raised his children where he grew up.

He was an active member of the St. Peter Lutheran Church, and Rockwell Lions Club. He served on the Rockwell Care Center Board, Rockwell Coop Board and Soil Conservation Board. Dick was awarded a fifty year alumni Iowa State medal and stayed active with his Alumni Hall family at Iowa State University.
Dick enjoyed family and family activities throughout the years. He looked forward to the family vacations and watching his grandchildren grow up. Dick was an avid fan of Iowa State sports and would take his children to these events regularly. He enjoyed the farming aspect throughout his career and would always be making improvements to the family farm. Dick looked forward to his 10 a.m. daily coffee group in Rockwell.

Dick is preceded in death by his parents, Floyd and Hilda (Cody) Thomas and step mother, Louise Thomas. 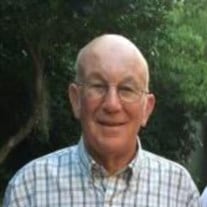