Trout, city administrator of Mason City, served 29 years in the National Guard that included two tours of duty in Iraq. He was the featured speaker at the Veterans Day observance at the Mason City VFW post.

"I came to have a genuine respect for Iraqis," he said. "Maybe someone had a better chance at life because I was there."

His voice quivered a little as he told of a young man who was under his command when he was acting battalion commander in Iraq. He said the man had volunteered to serve and took part in the extremely dangerous mission of transporting fuel to the battlefield. He was killed when his vehicle ran over an improvised explosive device (IED).

The memory of that young man and his service has stayed with him, said Trout.

He said veterans hold a unique place in society.

"We are one of the smallest minorities and yet one of the most appreciated," he said.

The program at the VFW was preceded by a ceremony at the Veterans Memorial in Central Park. 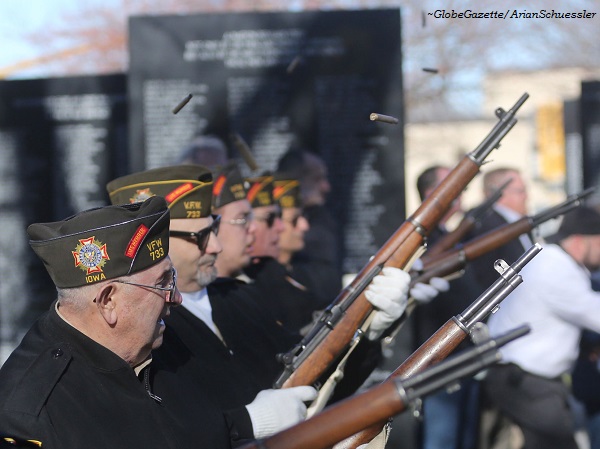