She was born August 29, 1950 in Waterloo daughter of Roger and Sara-fay Storm Morgan. She married Paul M. Rutledge March 28, 1976 at Immanuel Presbyterian Church in Waterloo.

Diane graduated from Waterloo West High School and was employed with the Waterloo Schools in food service for ten years.

She was preceded in death by her parents and a step-daughter, Stephanie.

Services will be Thursday, April 21 at Hagarty-Waychoff-Grarup Funeral Service on West Ridgeway, Waterloo. Public visitation will be Wednesday at the funeral home and for an hour before services on Thursday. 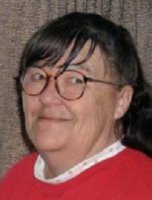