He was a member of Walnut Ridge Baptist Church.

Survived by his wife; two sons, Brent of Waterloo and David of Monticello, Minn.; two daughters, Julie and Anna, both of Waterloo; two granddaughters, Lauren and Rachel; and a sister, Jane Bergstrom Rademacher of Norfolk, Neb.

Preceded in death by his parents.

Memorials in lieu of flowers may be directed to Waterloo Christian School at wcs-ia.net. 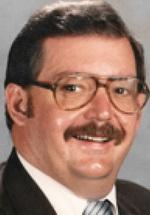