She was born May 18, 1938, in Waterloo, daughter of Raymond and Marguerite Birum Lawson.

Ms. Lawson graduated from Waterloo East High School and served in the U.S. Army, then joined the Women's Army Corps for two years.

Preceded in death by: a brother, Lynn; and a sister, Dorothy.

Services: 11 a.m. Tuesday at Richardson Funeral Home, Cedar Falls, where there will be military honors conducted by the Cedar Falls AMVETS Post 49, with inurnment at a later date in Garden of Memories, Waterloo. Public visitation from 4 to 7 p.m. Monday at the funeral home. 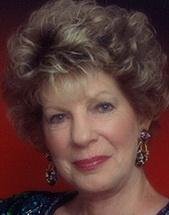