Mr. and Mrs. George R. Crittenden of Cedar Rapids, well known pioneers, have just celebrated their golden wedding and a glance at their life is almost a history of the state during that time that Iowa had any history worth remembering.

Mr. Crittenden and Miss Annie E. Courson were married in a log cabin in what is now the heart of Waterloo. Elder A. G. Eberhart, long since dead, performed the ceremony, while snow fell outside and the thermometer registered 16 below zero. As a wedding trip, they entered a bobsled and went to visit relatives 150 miles away, in Jackson county.

After several years as a farmer, Mr. Crittenden engaged in the grocery business. Then for twenty-five years he served as city engineer for Waterloo. Later he was in the grain business.
Mr. Crittenden recalls with great vividness some of the events of the early history of Waterloo and the surrounding country.

The year 1858 is known as the year of the big flood and it is remembered that that year nearly everything that was not tied, nailed or otherwise permanently secured to the earth floated away.

This is particularly true of the west bank of the river. It was in that year that the Dubuque Sioux City line of railroad was surveyed through this country and after the big flood the citizens took hold of the levee which had been thrown up by the railroad contractors and utilized it as a shield against high waters, which in that early day came every year.

The Illinois Central began to run trains into Waterloo in 1860 and during the winter of 60-61 the citizens of Waterloo were called upon several times to form snow bees for the purpose of shoveling the trains out of the deep drifts between Waterloo and Jesup. That winter was remarkable for its heavy snows. The men would shovel like all possessed for several days and at night could just see the distant engine. They would retire for the night with the comforting reflection that on the morrow the train would be released and the town sup¬plied with necessaries and the eastern mail received.

Over night another heavy snow would fall and the train would be just as far away as before the shoveling was commenced, initially the effort to shovel out the train was abandoned and the spring thaw was awaited for relief. 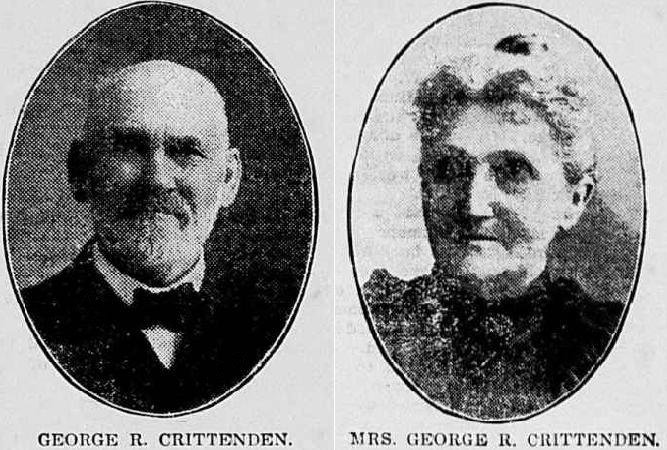