Marjorie J. Haar, age 84, of Oelwein, Iowa, known to many as "Ma Haar", died on Friday afternoon, January 6, 2017 at the Covenant Medical Center in Waterloo, Iowa. Funeral services were held on Tuesday, January 10, 2017 at the Jamison-Schmitz Funeral home in Oelwein with Chaplain Michael Schemmel officiating. Visitation was held on Monday, January 9, 2017, at the funeral home from 3:00 to 7:00 with an American Legion Auxiliary Service held at 4:00 p.m. during the visitation.

Marjorie Jean Irons was born June 10, 1932 in New Albin, Iowa, the daughter of Ernest Charles and Ruth (Thompson) Irons. She graduated from the Lansing, Iowa High School with the Class of 1951. Marjorie married Virgil Martin Haar on February 27, 1954 in Waukon, Iowa. They were later divorced. Marjorie moved her family to Oelwein in 1963. She was a waitress and cook at Luigi's Supper Club and Restaurant, a cook at the White Spot, waitress and cook at the Sunnyside Lanes, and at the Friendly Tap. She was a member of the VFW Auxiliary, American Legion Auxiliary, Women's Relief Corp and Golden Circle. She enjoyed playing bingo, embroidery, and playing cards.

Marjorie was preceded in death by her parents; 3 sisters, Ruth, Lorna, and Dorothy; and 5 brothers, Homer, Louis, Jack, Ben, and Bob. 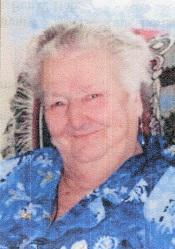