Roxanne L. Barth, 64, passed away Thursday, July 18 at the Onalaska Care Center. A memorial gathering for family and friends will be held at the Community Center in New Albin Saturday, August 3 from noon until 3 p.m., with a prayer service at 2 p.m. Rev. Donald Stein of Shepherd of the Hills Lutheran Church in Onalaska, WI will officiate. Burial will take place in the Locust Cemetery in rural Decorah.

In lieu of flowers, memorials are preferred, and can be made to Paul Zezulka. Schumacher-Kish Funeral and Cremation Services of La Crosse, WI is assisting the family.

Roxanne was born December 24, 1948 in Decorah to Floyd and Marcella (Spores) Barth. Her formal education began in country school in Winneshiek County and, after moving to New Albin in 1959, she attended public school in New Albin and Kee High in Lansing. Roxanne married Bill Zezulka in New Albin and one child, Paul Joel, was born of this union.

After her divorce, Roxanne worked at various jobs while living and working in Wisconsin. She received an Associate Degree in Marketing from Rice Lake College. She returned to Iowa (once a Hawkeye, always a Hawkeye) and graduated from the University of Iowa in Iowa City with a Bachelor of Arts degree with a double major in African American studies and journalism.

Roxanne worked in the marine business for 17 years as parts manager and later as magazine editor. She also pursued an advertising career in Los Angeles (attending the Academy Awards in 1990). She began graduate work at San Diego State University and continued at the University of Wisconsin-Madison, where she worked for American Girl Doll Company and John Deere Credit.

Roxanne was an adventurous soul who provided a reality education for her son. The summer Paul was 12, they took a six-week working trip down the Mississippi to the Gulf of Mexico to Clearwater, FL. Another unique job experience was operating a funnel cake concession at summer festivals in southern Wisconsin with the help of her childhood friend, Deb Burroughs.

In 2003 she was diagnosed with multiple myeloma, a form of bone marrow cancer. After she was no longer able to work, she moved to La Crosse, WI in 2009 to be near her family.

Roxanne is survived by her son, Paul (Dena) Zezulka, her granddaughter, Erin, and her grandson, Justin, all of Onalaska, WI; one sister, Linda (Ray) Whittle of Cedar Rapids; and nine nieces and nephews. She was preceded in death by her parents and one brother, Galen. 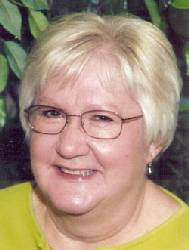