Milton "Mick" Meyer, Lansing, Iowa, May 10, 2013
Milton Mick Meyer, 76, Lansing, Iowa, passed away Friday, May 10, 2013, at Benedictine Manor, La Crosse, Wisconsin from a long illness with heart problems. He was born February 8, 1937 to Eddie and Tillie (Schwinefus) Meyer at their farm near Castalia, Iowa. Mick graduated from Ossian High School in 1955. He joined the Marine Corps in 1957 and was honorably discharged in 1959.

Mick was united in marriage to Mary Jean Schroeder in 1960. He worked as lineman and service rep for Interstate Power/Alliant Energy for thirty-five years until retirement.

Mick enjoyed fishing, trap shooting, playing cards and various church activities. As a husband and father, he was the best a family could ask for and was a selfless and true gentleman in every sense of the word. He will be greatly missed by all who knew him.

Mick is survived by his loving wife of 53 years, Jean; sons, Chris Meyer of Decorah and Tim Meyer of Lansing; a sister, Marianne (Stan) Higdon of Burlington, Iowa and several nieces and nephews.

He was preceded in death by his parents; a daughter, Gerri Lynn Meyer, a brother, Gene; and a sister Geraldine.

Visitation will be on Tuesday, May 14, 2013 from 4-8 p.m. at Thornburg-Grau Funeral Home and Cremation Service, Lansing, Iowa and one hour before services at the church on Wednesday.

Funeral Services will be at 11 a.m. on Wednesday, May 15, 2013 at Our Savior Lutheran Church in Lansing, Iowa with the Rev. Laura Gentry as the officiant. Luncheon will follow services, at the Kerndt Bros. Community Center in Lansing, Iowa.

Burial will be at the Pleasant View Cemetery, Castalia, Iowa with Military Honors by the Members of Brockman Hammersland Post 503.

Thornburg  Grau Funeral Home and Cremation Service of Lansing, Iowa is helping the family with the arrangements. 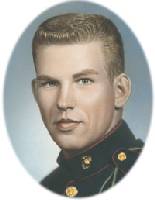