Edwin H. Fourt
Representative from Allamakee county, was born in Crawford county, Wisconsin, May 7, 1864. His father, Charles S. Fourt, who saw three years' service in the Civil War, was American-born, of French-German descent, and his mother, Hannah Valentine Fourt was a native of England. Left without a mother at twelve years of age he worked on the farm summers and attended country school winters. October, 1879, he moved to Waukon, Allamakee county, Iowa, where he worked his way through three years of high school and two years of business college. Was employed seven years in the creamery business, then moved onto a farm December 20, 1888, where he still resides, actively engaged in stock raising and general farming. Married Miss Alice E. Spencer, daughter of E.K, Spencer and Lucy Ellen Story Spencer, July 10, 1859 and has taken a very active part in local church and lodge work. Was Clerk of Makee township for twelve years in succession. Elected representative in 1908. A Republican in politics. 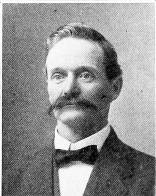