Everett, Edward B., was born in Allamakee County, Ia. on January 13, 1865, a son of Franklin and Clara Spencer-Everett. In April 1868 his father moved to Burt county and settled on a farm which is now a part of the Village of Lyons. For a time after reaching his manhood he worked in his father's bank and then began farming on one of his father's farms near Lyons. A number of years later he retired from active work and moved to Lyons where he now resides and looks after his large real estate holdings. Mr. Everett married Amanda Piper of Orville, Ohio, on March 11, 1885 and to this union were born Margaret, Lucy, Burton and Vellie. 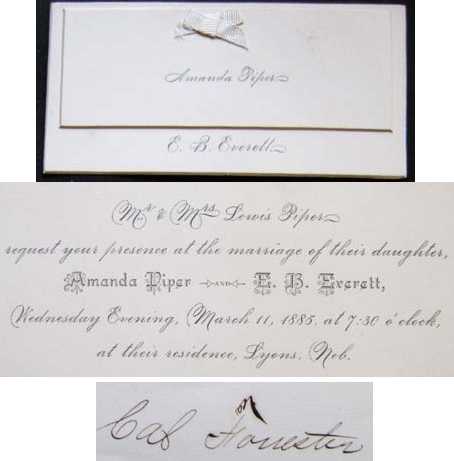