Edward Martin Teeling was born 20 December 1866, in French Creek, Allamakee County, Iowa. He was the son of Edward James Teeling and Ann Catherine Martin. He was raised by Martin and Mary Lyons-Sykes after his parents died in 1876.

Edward married Christina Sophia Haas on May 24, 1892 in Allamakee County, Iowa. They owned a large farm in French Creek; Sections 22 and 23. Part of the farm along the creek, became French Creek State Park.

Edward died in 1944 and Christina in 1952. The couple are buried at Lycurgus Cemetery.

Compiled by the submitter from the following references: Find-A-Grave, IAGenProject, Federal Census, Ancestry.com 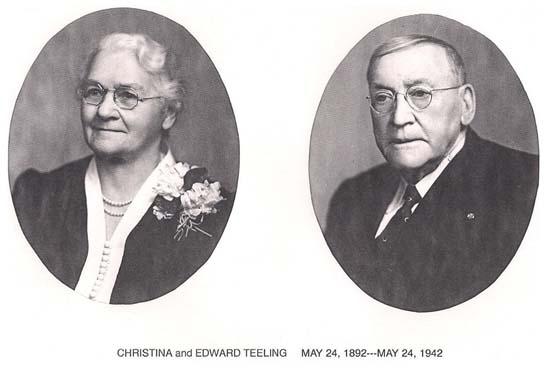