CHARLES T. GRANGER
Served on the Iowa Supreme Court from January 1, 1889, until December 31, 1900. For two years he was Chief Justice.

Born in Monroe county, New York, October 9, 1835. While he was yet a child his family moved to Lake county, Ohio. In 1854 he married and moved to
Allamakee county, Iowa. In 1855 he returned to Illinois, where he had lived a short time previous to his marriage, and attended the Waukegan Academy. In 1860 he returned to Iowa where he was admitted to the bar.

At the outbreak of the Civil War he entered the army as a captain and served throughout the war.

In 1873 he was elected Circuit Judge and later a District Judge. In these capacities he served
for seventeen years before his election to the Supreme Bench. Judge Granger wrote the famous meteorite decision of the court reported in 86 Iowa 71. 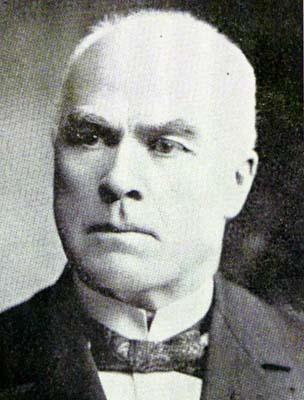